Rising interest rates and the consequences for homeowners.

Various central banks around the world – including the Swiss National Bank – have raised their key interest rates in recent weeks, some of them surprisingly markedly. They do this because one of the most important tasks of central banks is to maintain purchasing power; in other words, they have to get a grip on rising inflation. This has an impact on mortgage rates, for the time being especially on longer-term mortgages. The two experts Ursina Kubli, Head of Real Estate Research, and Andrea Berger, Product Manager Financing at Zürcher Kantonalbank, recently explained in a detailed article what this means for the mortgage market and what homeowners should watch out for.

Mortgage interest rates are based on the expectations of lenders

The reaction of the mortgage market to the interest rate decisions of the central banks is based on the expectations of the lenders. the ZKB writes: “The long-term mortgages reflect the market expectations regarding the interest rate policy of the SNB, which has held out the prospect of further increases after the decided interest rate step in mid-June. In addition, inflation is proving to be more persistent than expected in Switzerland as well.” 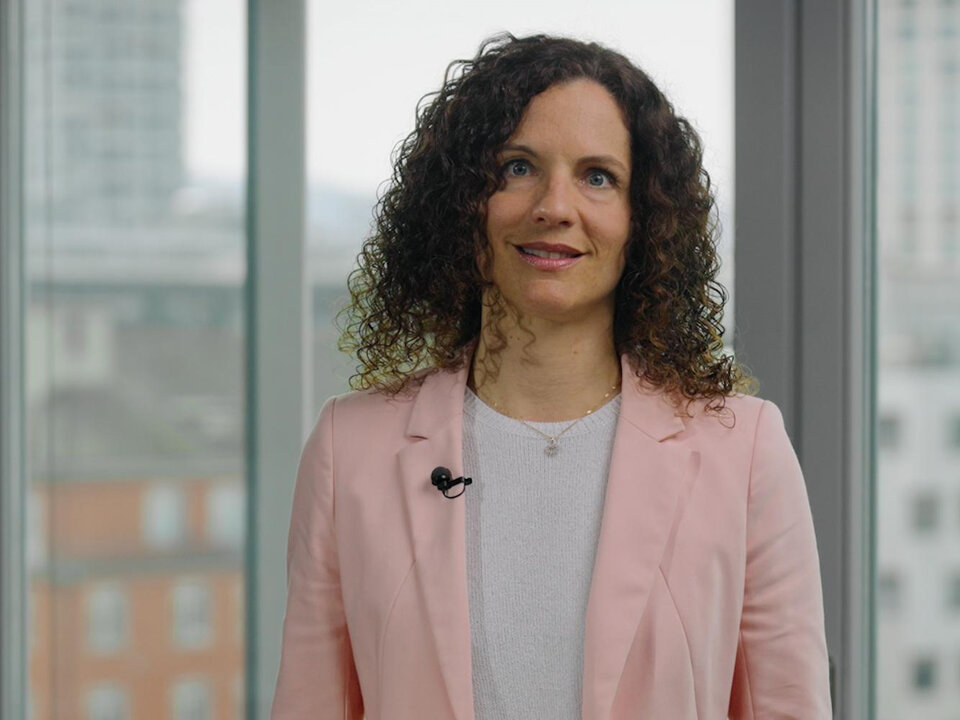 Is portability at risk?

Many – especially older – owners are wondering whether the rising interest rates could now cause them to get into trouble because of the affordability rule. According to the experts at the ZKB, however, a large proportion of owners are financed for the long term and they can still benefit from low interest rates for many years and thus have time to prepare for higher interest rates. Furthermore, they write: “With a very high income, a mortgage borrower does not get into trouble even if the housing costs would increase by more than a third of the income. He still has sufficient funds to pay his fixed costs. Even with high asset holdings, paying off mortgage interest does not become a problem.” The interest rate of fixed mortgages depends on various factors, e.g. also on their term; the longer it is, the higher the interest rate.

However, as long as the National Bank’s key interest rate and thus also the so-called reference interest rate (Saron) are at or below zero, the variable money market mortgages (e.g. Saron) will remain stable for the time being. 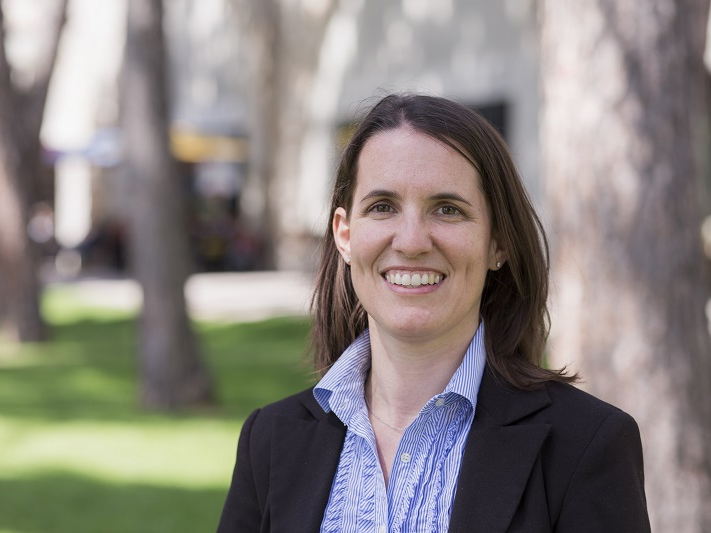 Should one switch to short-term maturities now?

In response to the question of whether it would be better to switch to shorter terms, the ZKB offers the following advice in its article: “A trend towards shorter terms has already been observed on the mortgage market in recent weeks. From a cost perspective, switching from long-term mortgages to short-term maturities remains attractive even after the SNB’s latest interest rate decision. However, this means that homeowners or real estate investors bear the interest rate risk – a risk that should not be underestimated in view of the persistence of inflation, even in Switzerland.” However, the ZKB experts also point out that recommendations regarding the right mortgage strategy depend not only on the expected interest rate development, but also on the debtor’s willingness to take risks and desire for flexibility.

Less than 10 percent of tenants can afford home ownership

However, the higher the interest rates, the lower the percentage of the Swiss population that can still afford to own a home at all. In 2019, it was already estimated that only around 10 percent of renters have sufficient assets or income to be able to buy an average property. The proportion is likely to have fallen further in the meantime and will fall even further due to rising interest rates. Saving is also becoming more difficult, since with low interest rates and currently falling share prices as well as rising inflation, savings are hardly growing – if at all.

For many, the dream of owning their own home is thus becoming even more distant. This is problematic for many tenants, because rising energy prices and, in the longer term, rising rents will also lead to an overall increase in rental costs. 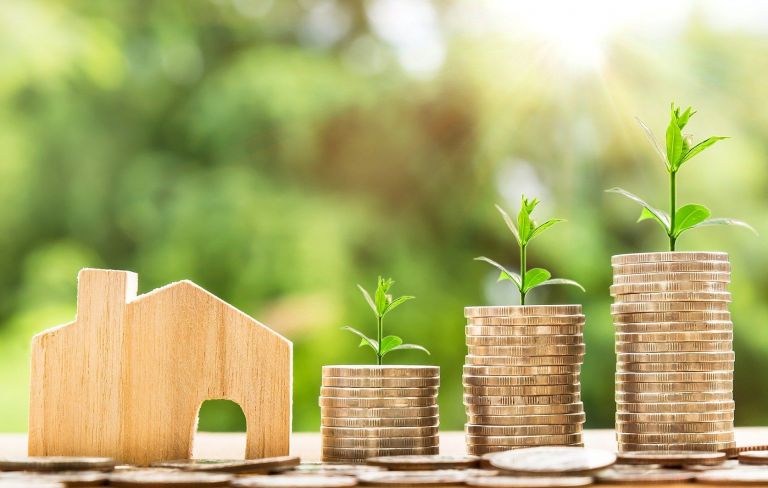 Interest rates will remain low for some time to come.

Good news for all those who have financed a large part of their real estate with mortgages, because according to the auguries on the financial markets, interest rates are likely to remain low for some time to come. An increase in interest rates remain a long way off for economic reasons alone. 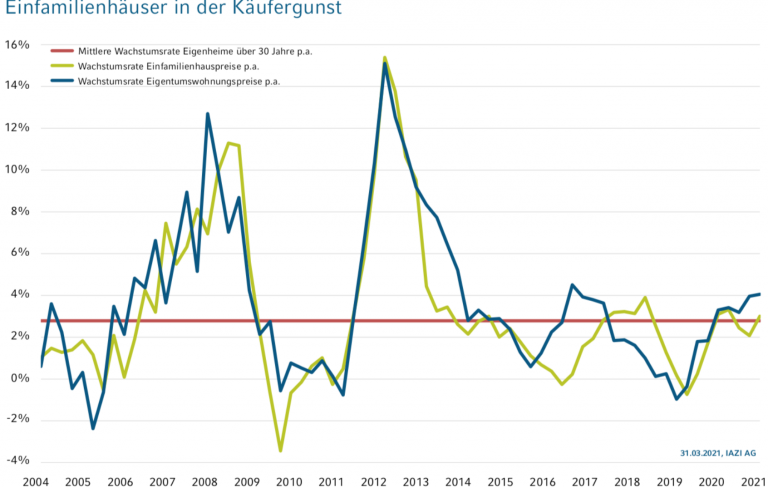 According to IAZI, single-family homes are fully in vogue. 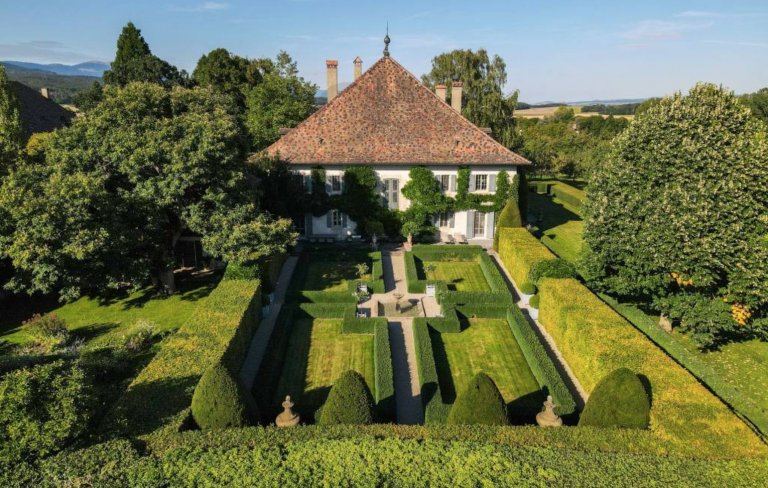 Looking for a little Chateau in Switzerland?

Good properties have become rare in Switzerland. Offers in the middle and even in the higher segment can only be found after a long search or with professional support. And yet there are still dream properties, but for most people they will probably remain just a dream.