How to celebrate a real english Afternoon Tea?

Hardly any other tradition is as typically English as afternoon tea. Anyone who thinks it is just a cup of tea is very much mistaken. If you want to celebrate this ceremony properly, you should not miss this article in the online magazine luxurydefined by Christie’s International Real Estate. There you can read all about why “afternoon tea remains a traditional ceremony, yet it is modernizing, too, introducing rare teas, showstopper cakes, cocktails, and topical themes.” 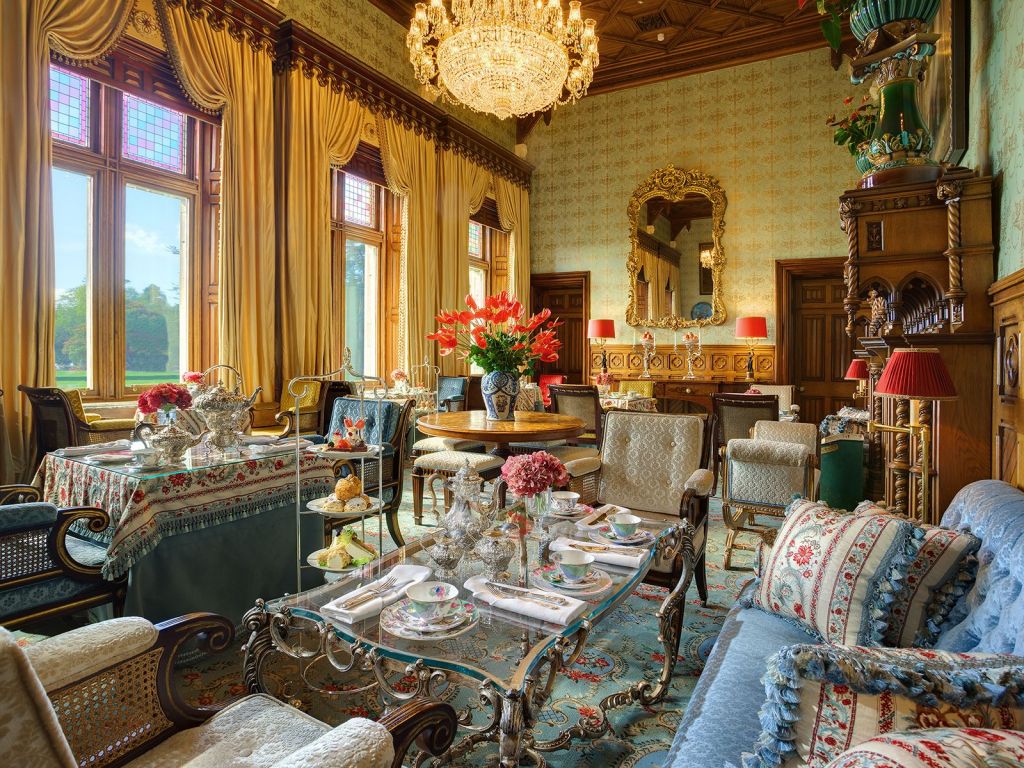 Ashford Castle’s Connaught Room is the perfect backdrop to a traditional afternoon tea, a ceremony that began in 1868 at the castle, when Lord and Lady Ardilaun would meet to discuss plans. Source: Ashford Castle

According to this article Henry James wrote in The Portrait of Lady in 1880: “There are few hours in life more agreeable than the hour dedicated to the ceremony known as afternoon tea… . Whether you partake of the tea or not… the situation is in itself delightful.” Agreeable, ceremonious, delightful—what fitting words to describe afternoon tea.

“For a few hours any one of us can sample a slice of genteel living by taking our place at a table laid with crisp, white linen and fine china to enjoy a three-tiered meal ceremony comprising savouries—traditionally finger sandwiches, with the crusts cut off, of course—scones with clotted cream and jam, and finally cakes and pastries. And not forgetting several pots of tea.” it says.

The afternoon tea, long since considered an icon of Englishness, has its origins in Chinese tea-drinking ritual, which arrived in London during the 17th century, says historian Jane Pettigrew, director of studies at the UK Tea Academy, author of many books on the subject, and the recipient of a British Empire Medal, which she was awarded for her services to tea production and history. 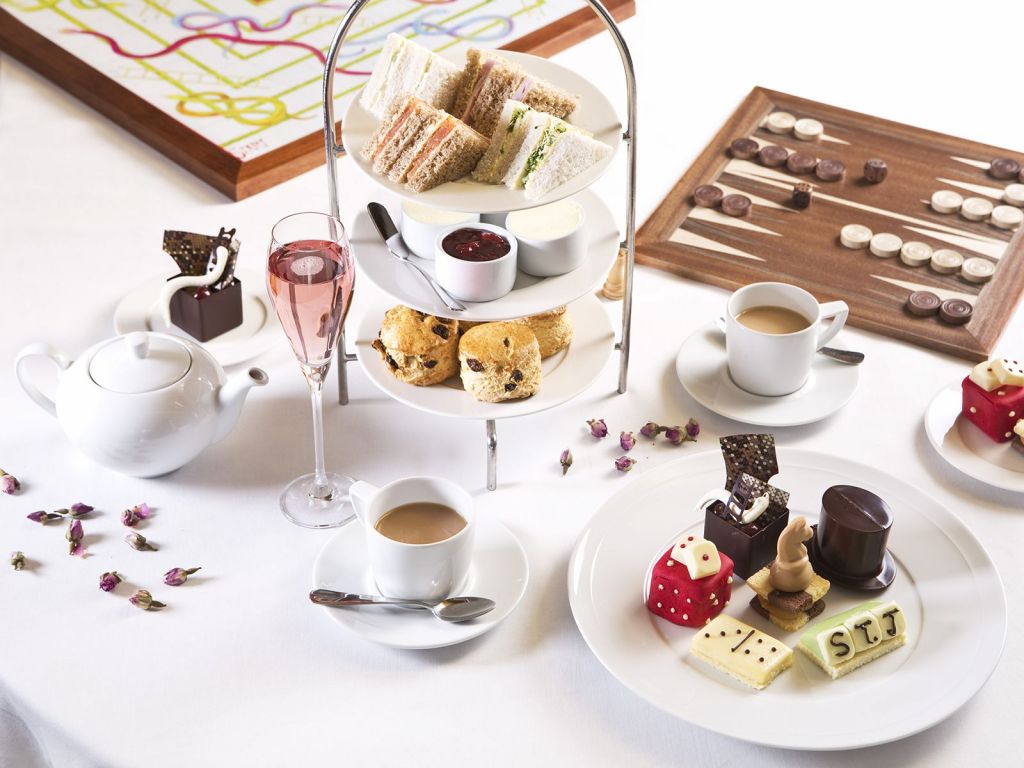 “From the middle of the 18th century,” Pettigrew says, “there was a change in the time dinner was served in England. It was originally served at midday with tea at the end of it, but as the hour for dining moved into the evening, a little light refreshment was required during the rather long afternoons.”

Society women embraced the notion of afternoon tea and gradually the trend became a custom among the upper and upper-middle classes, an indulgence, both in relation to the food and to the sociability. Cakes were added and then, in about the late 19th century or early 20th century, scones appeared. 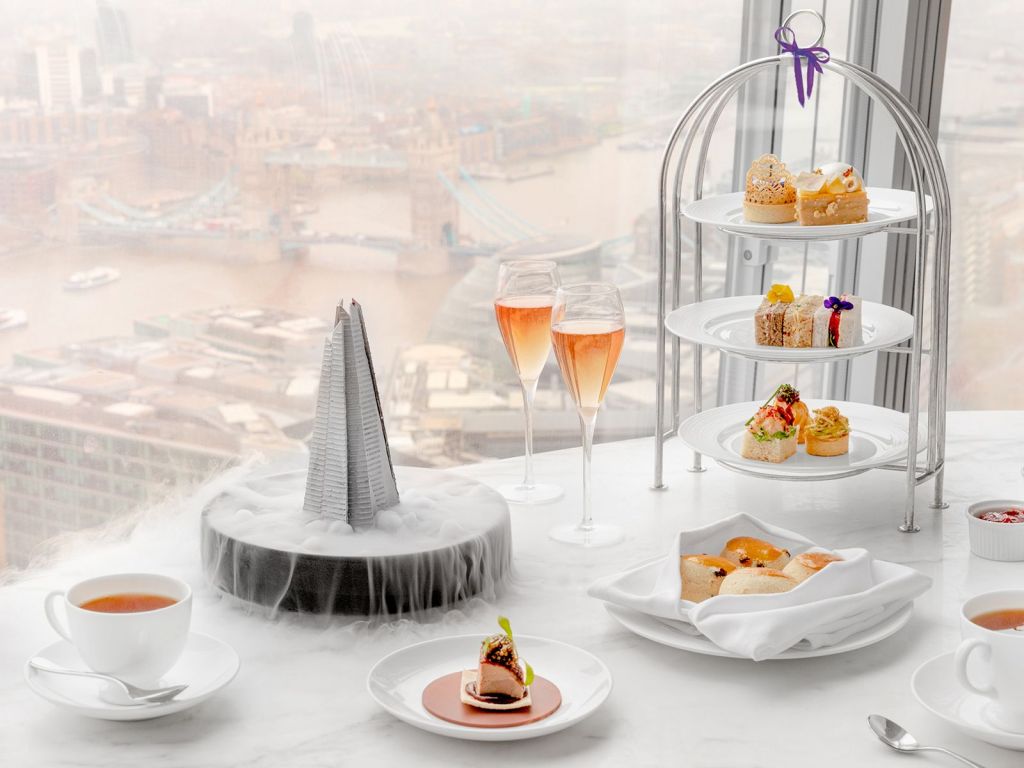 The Skyline tea was created in honor of the Queen’s Platinum Jubilee. The highlight is a cake designed to look like the Shard, where the TING restaurant is located. This menu is available until the end of September. Courtesy: Shangri-La

Hundreds of years later, afternoon tea remains largely unchanged, though like all institutions it is modernizing. More recent changes have seen alcohol— Champagne most commonly but also cocktails — join the party, and the arrival of rare teas; of black, white and green ones; of tisanes; and of cakes that use Earl Grey or matcha as an ingredient.

The evolution is gradual, so much so that were Jane Austen — who depicted late 18th and early 19th century middle-class life in such novels as Emma and Pride and Prejudice — to take tea in any grand hotel in the U.K., she wouldn’t be shocked enough to need smelling salts. 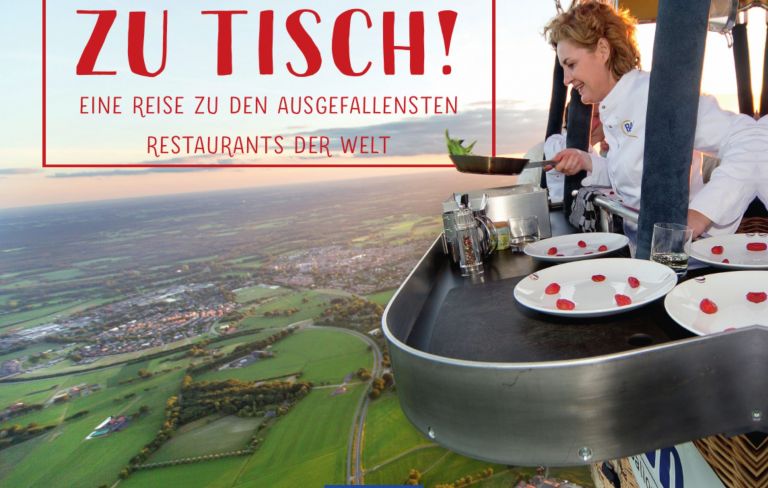 The 100 most unusual restaurants in the world.

The illustrated book “Zu Tisch! Eine Reise zu den ausgefallensten Restaurants der Welt” is probably the first guide to the craziest restaurants worldwide and on your own doorstep. Hundred restaurants are presented in this special dining guide with text and pictures. 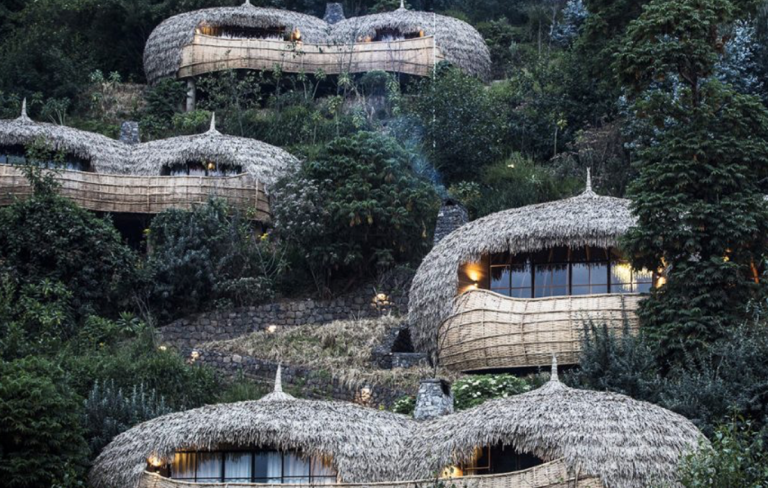 Green Travel Hints and eco-hotels at a high level.

How and where we travel has changed radically. So, as we begin planning our vacations for the year ahead, it makes sense to look for trips that safeguard our own health and safety, and the well-being of our planet. 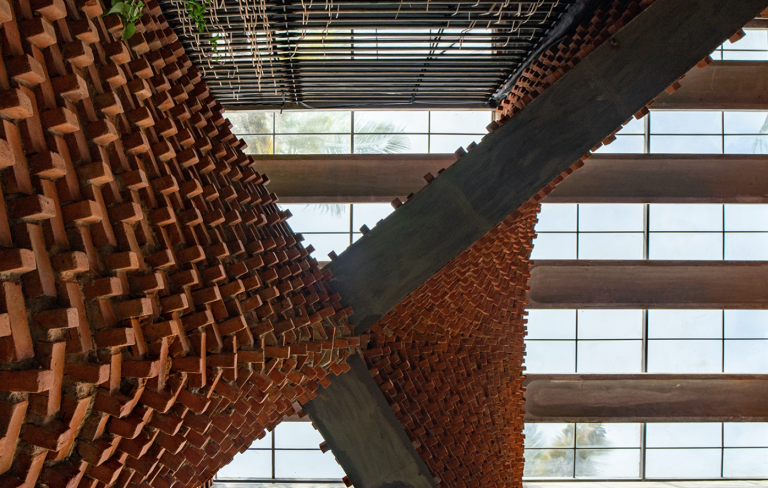 Why Architecture Keeps Going Back to Brick.

Brick is a building material that clearly has staying power, although it is used in architecture already for thousands of years. Offering warmth, texture, and remarkable design versatility, this naturally sustainable building material is being embraced by contemporary architects for its long list of benefits. There is more about this in a recent online article in luxurydefined.