8 Castles That Blend the Medieval with the Modern.

The online magazine Luxury Defined from Christie’s International Real Estate presents a collection of castles and châteaux with timeless charm and contemporary comforts. According to the article castles began as fortresses to guard trade routes, river crossings, and other strategic waypoints. Towns sprung up around them, and the nobility built castles to protect their own domains from contentious rivals.

Whether the castle of your dreams is Gothic, Baroque, or Neoclassical, these residences exemplify master craftsmanship on a grand scale with timeless order and contemporary appeal. And for those whose bank balance is high enough, these castles can be bought. 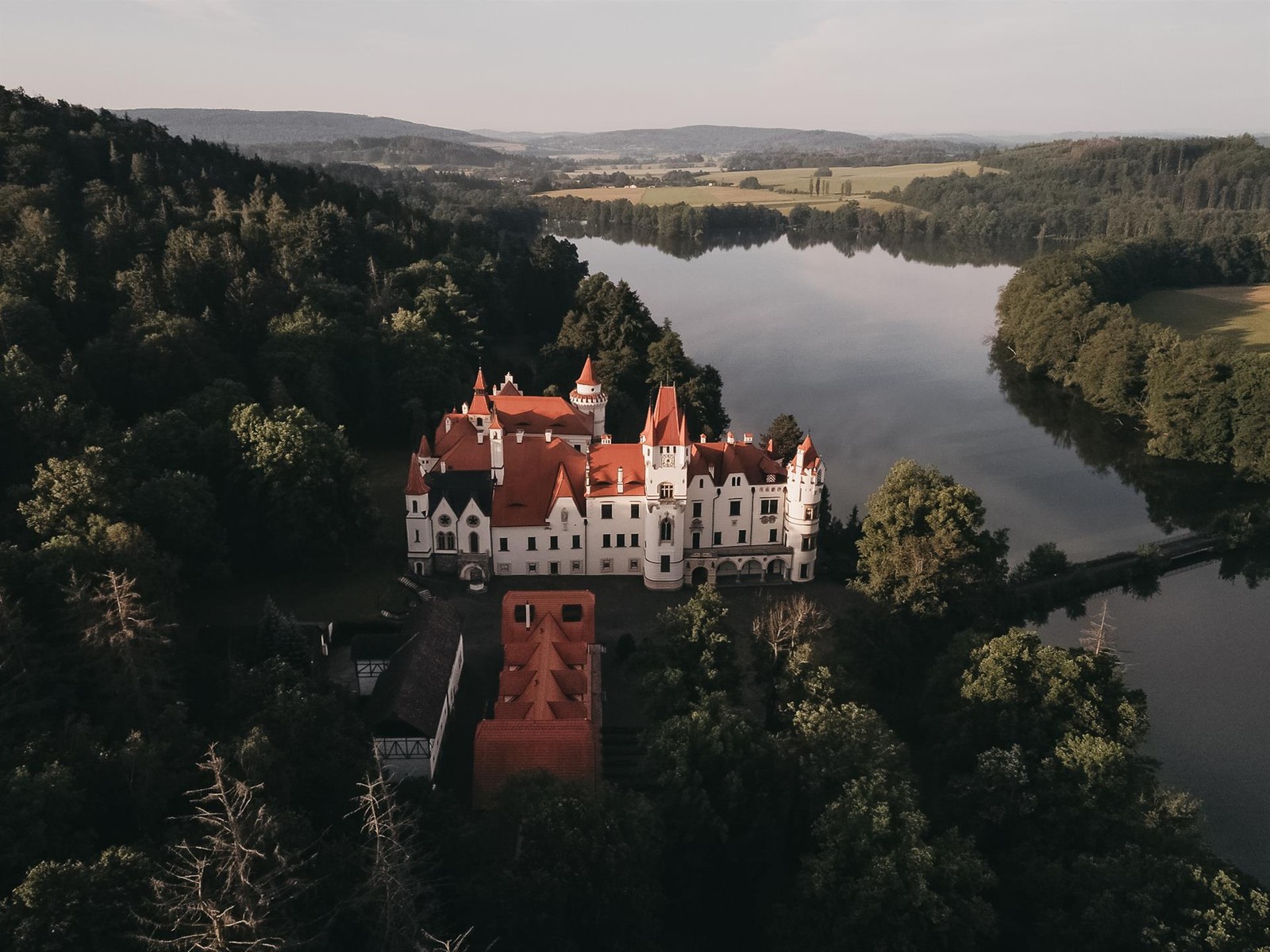 This Neo-Renaissance castle in the Pilsen region of the Czech Republic, dates from the 12th century. 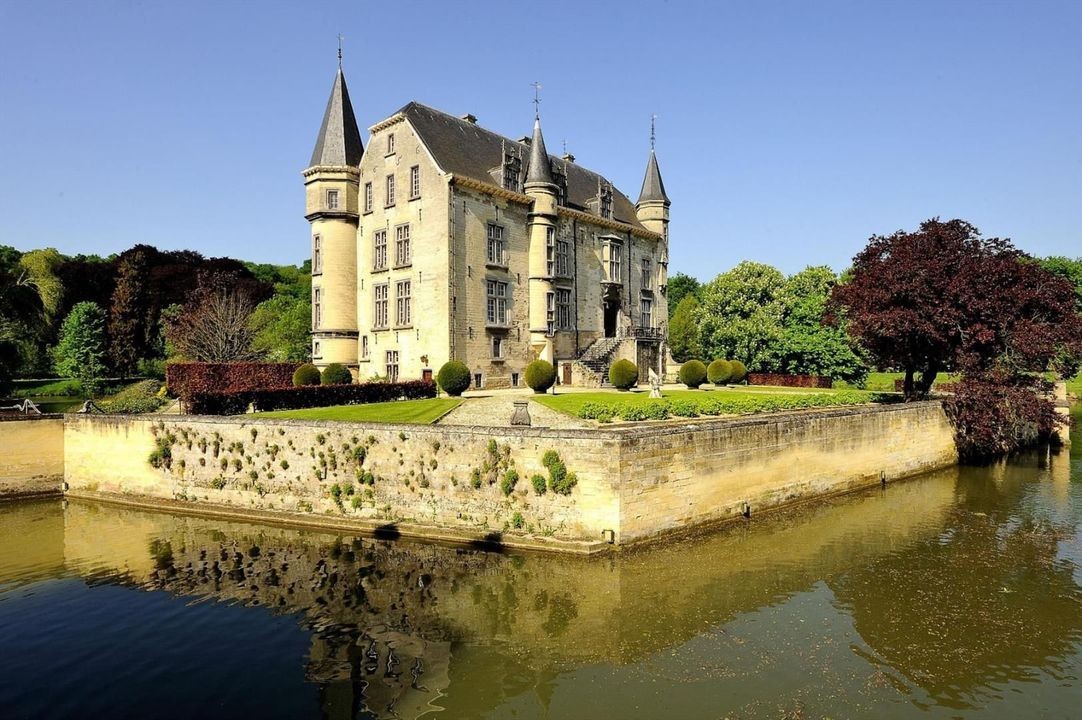 Schaloen Castle is a magnificent, moated castle built on the site of a medieval fortress. The property is surrounded by formal gardens bordered by a nature reserve in the Dutch province of Limburg. 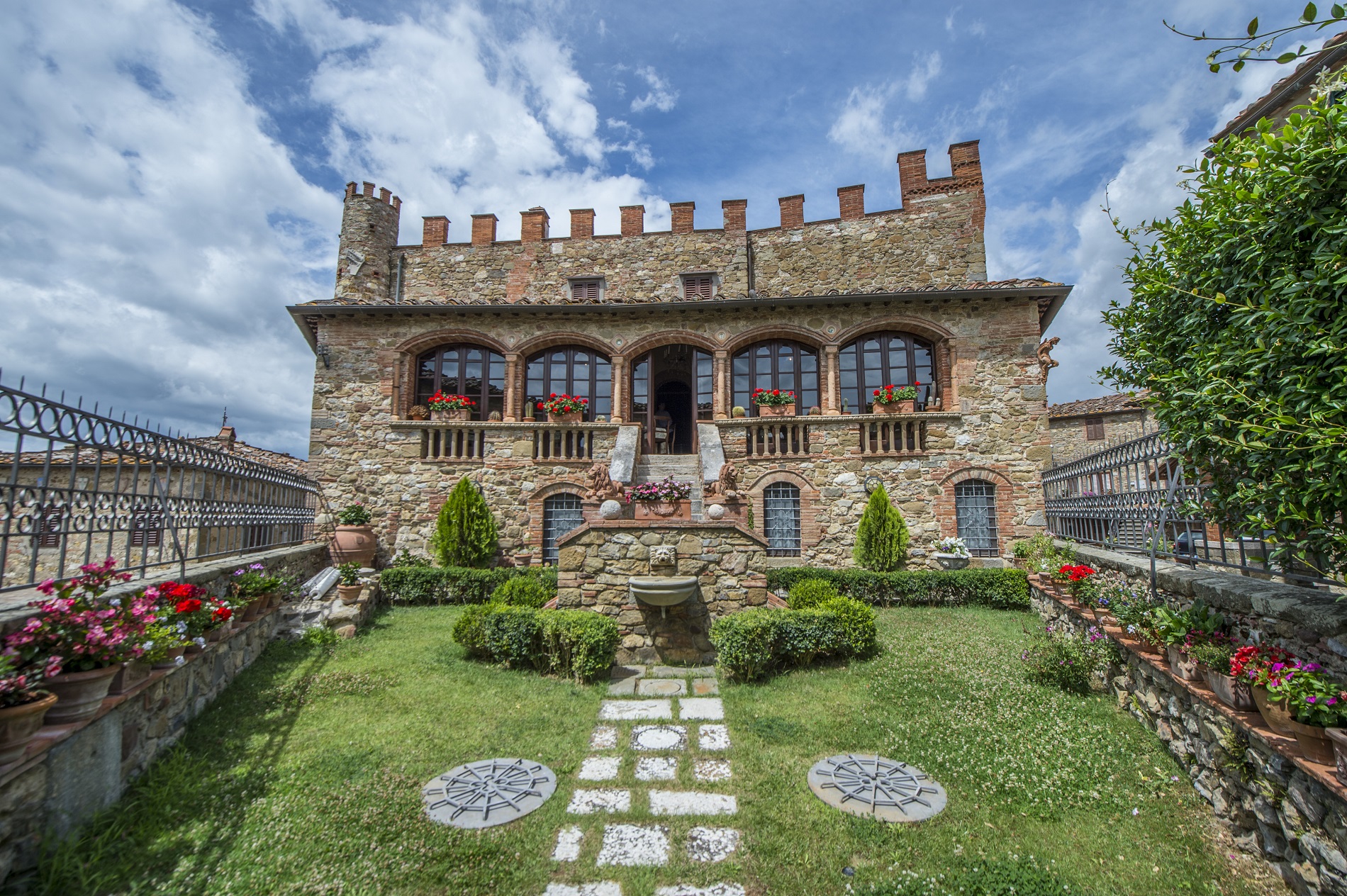 This 12th-century castle in the Chianti hills was one of several defensive fortresses built by the First Florentine Republic during the conflict between the Guelphs and Ghibellines. 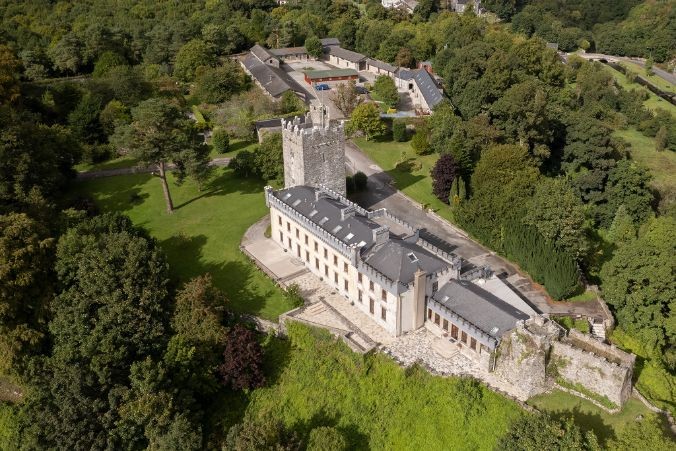 One of the finest Norman castles in Ireland, Blackwater Castle in County Cork was built in the 12th century for the lords of the Barony of Fermoy. The medieval castle and its ancient fortifications are set within 60-acre demesne built on a promontory fort dating to the Bronze Age. 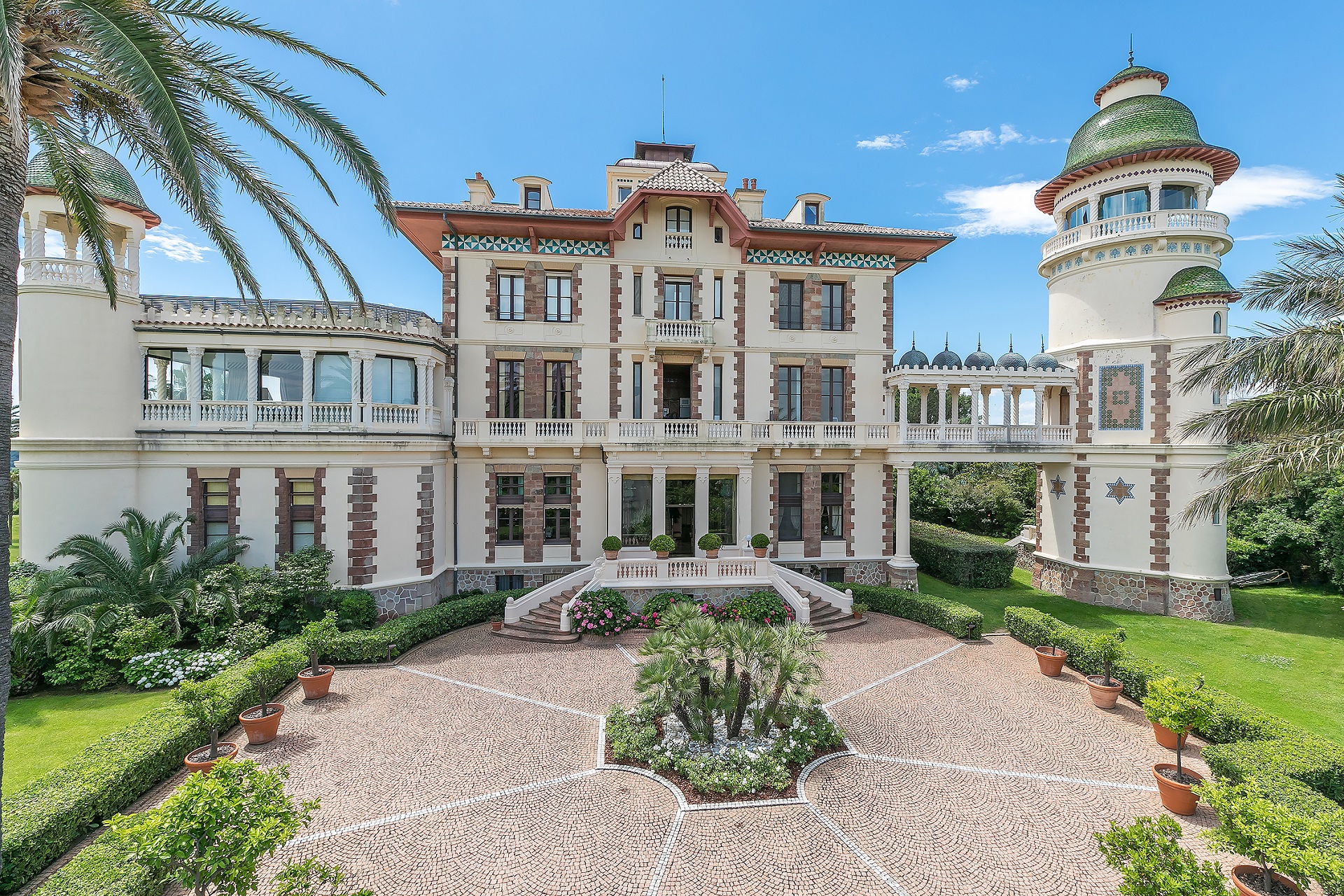 This apartment has a fairy-tale setting in Château Borelli, an enchanting 19th-century castle in the exclusive private community of Les Parcs de Saint-Tropez. 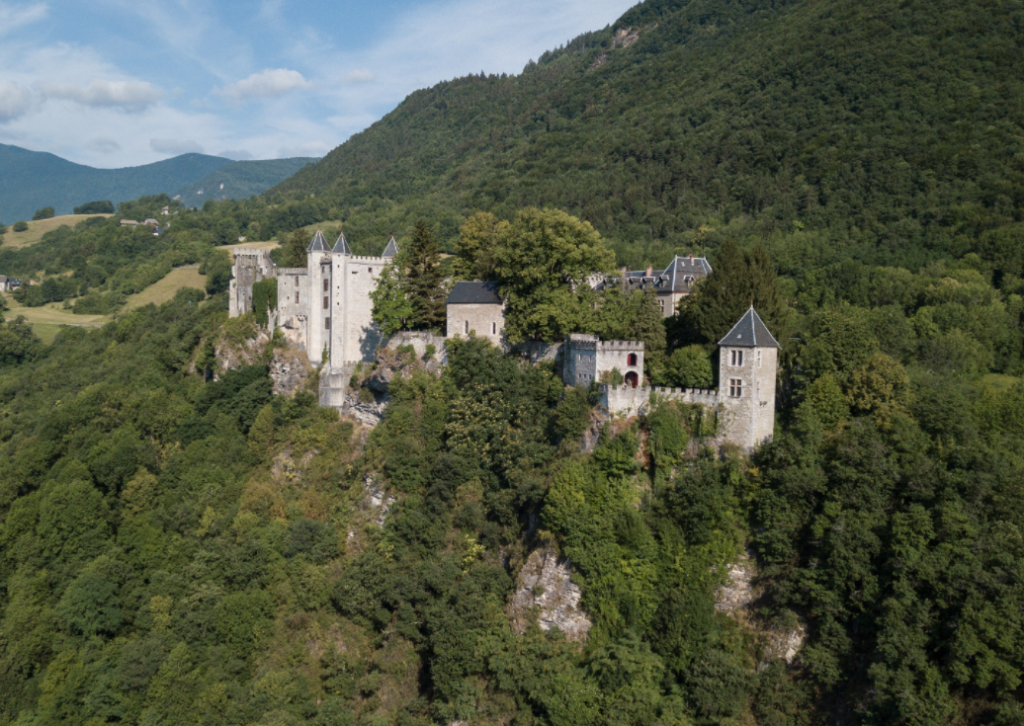 This 11th-century fortress in the foothills of the Arclusaz Mountains in southeastern France is listed as a French historical monument. 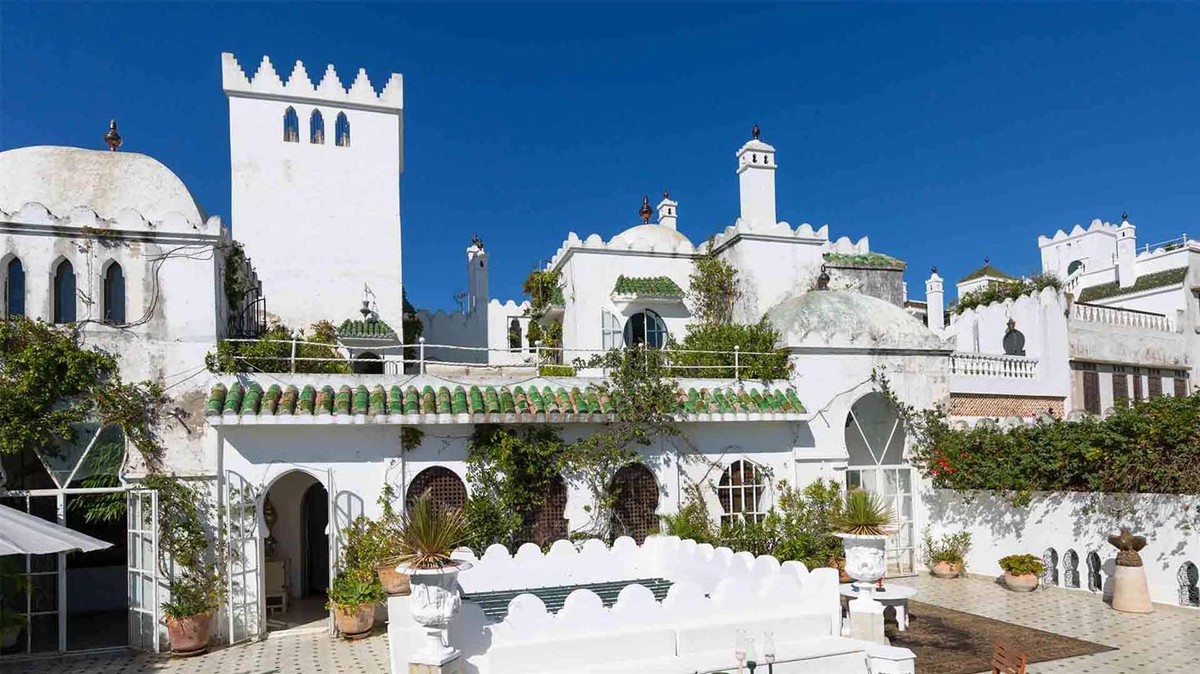 This enchanting white palace overlooking the Bay of Tangier was built in the 17th century for Moulay Ismail, Sultan of Morocco. 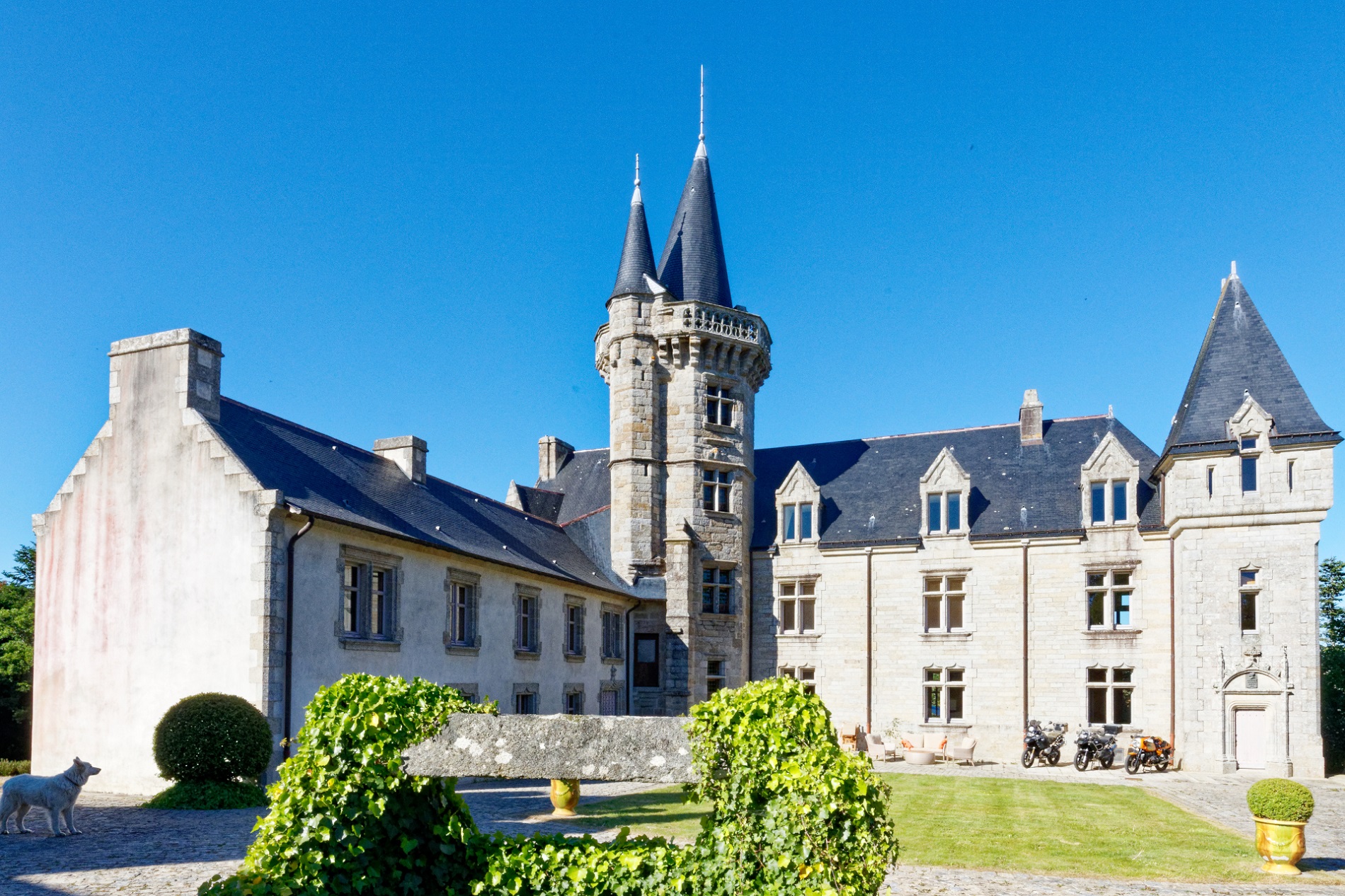 The ancient embraces the ultramodern at this restored medieval castle close to Brittany’s historic ports and Atlantic Ocean beaches.

You can find out more about these eccentric properties via the links in the respective headlines or in the full article in Luxury Defined. 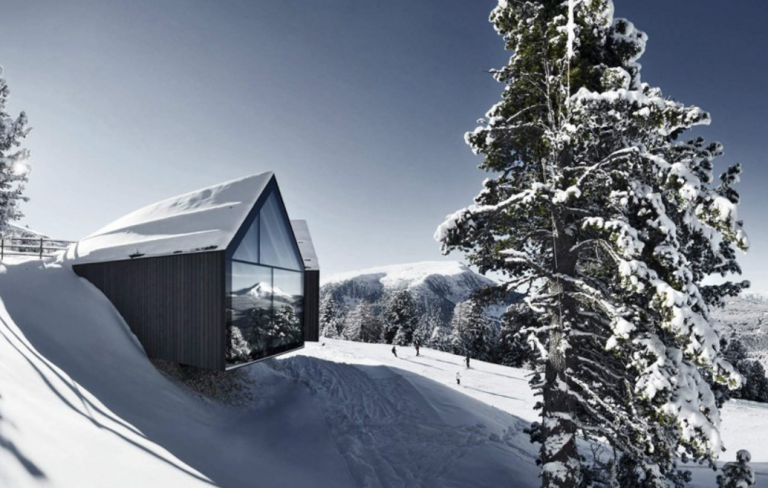 Building with nature on the doorstep.

Especially in our latitudes and in many cities, architecture often serves as protection from the public. But those who build in the great outdoors tend to look for proximity to the open space and a building that is open to the beauty of the outside world. 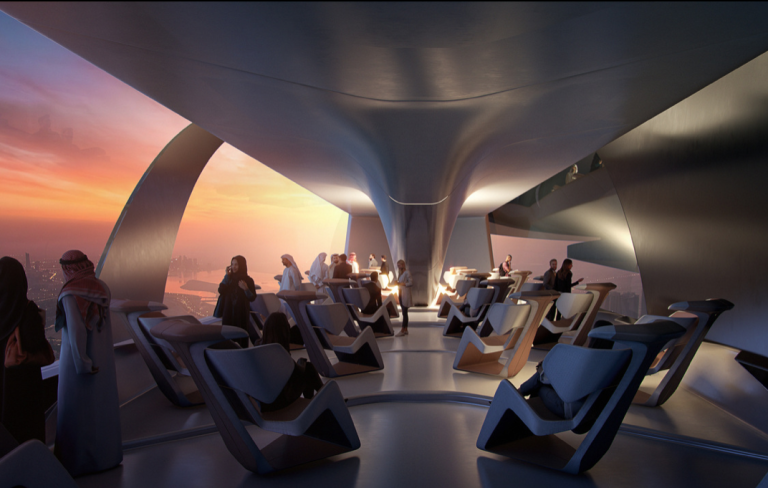 Time and again, architectural gigaprojects, especially from the Arab world, surprise us with new ideas. Recently Saudi Arabia shocked the architectural community with its futuristic or even surreal plan for a 500-meter-tall and 170 kilometers long linear city named The Line and the architecture firm ZNera Space has recently proposed a giant ring-like structure to encircle Dubai’s Burj Khalifa. 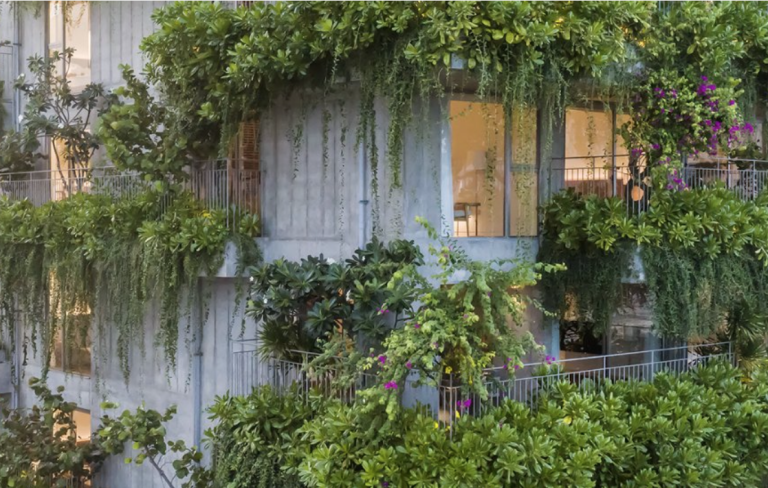 How Our Cities Are Getting in Touch with Nature.

The usual foliage is there in abundance, but the trunks of the emerging urban forests are made from bricks and mortar. The online magazine Luxury Defined from Christie’s International Real Estate meets the architects bringing the jungle to our urban centers. You will understand how architects and designers are increasingly shrouding and softening the hard-edged stone and concrete planes of urban buildings with lush vegetation.