The further development of mortgage interest rates is important for property owners, because it determines the future costs of their own properties. After years of stable, low interest rates, they have been on the move in recent months and have unsettled many borrowers. In its current interest rate forecast, UBS writes of a real rollercoaster ride.

In June, interest rates on 10-year Swiss government bonds were trading near to the 1.4 percent mark, but just one month later rates had fallen below 0.4 percent, it says. In the meantime, they have since risen again to 0.7 per cent. The reason for the high volatility are the expectations regarding the future economic development. While in June the market was still dominated by fears of rising inflation rates, in July the focus shifted to the risks of a possible recession. While rising interest rates were the order of the day against growing inflation, the bond market suddenly no longer wanted to know about interest rate hikes.

UBS therefore expects uncertainty about the further development of interest rates in the coming months as well. It writes: “For the second half of the year, we expect the tug-of-war between inflation and recession fears to continue and ensure high volatility on the bond markets. If the energy crisis in Europe does not lead to a deep recession in the Eurozone and Switzerland, the European Central Bank and the Swiss National Bank are likely to raise their key interest rates gradually in the coming quarters. This in turn would be reflected in slightly higher interest rates for federal bonds and mortgages. In these uncertain times, however, high fluctuations in interest rates must continue to be expected.”

The following chart is therefore subject to great uncertainties and should be taken with caution:

More details can be found in the interactive graphic, which you can view online here. 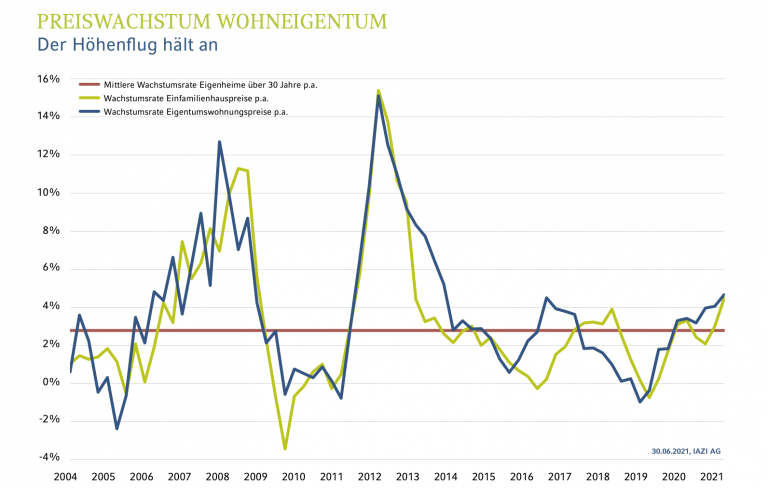 IAZI is convinced that single-family homes will continue to boom.

“The boom in private residential property continues,” says Donato Scognamiglio, CEO of IAZI AG. A positive aspect of this development is that this segment has made it through the Corona crisis without any price collapses. Learn more about the real estate market in Switzerland in this article. 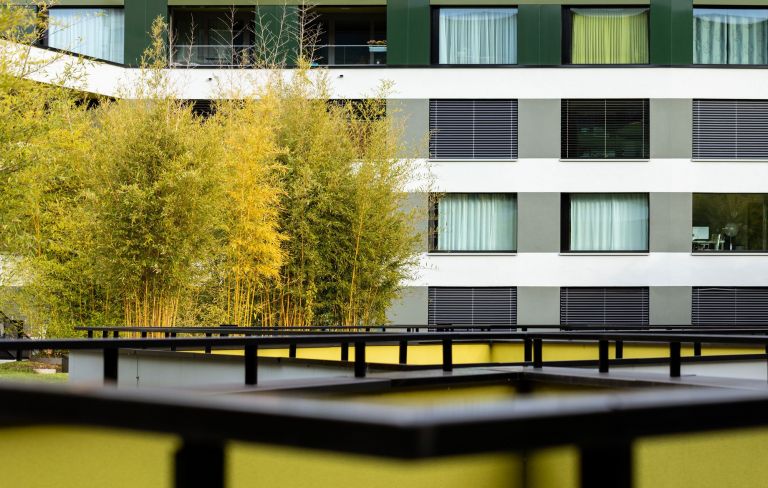 In its report on the price development of rental flats in the ten largest Swiss cities, Comparis shows that rental prices for residential properties have continued to rise over the past five years. As expected, the cities of Zurich and Geneva are the frontrunners. In smaller cities, prices have stagnated or even fallen in some cases.

Is the housing market facing a turning point?

The Federal Office of Housing (Bundesamt für Wohnungswesen BWO) publishes a report on the housing market four times a year. In its current report on the third quarter of 2022, the Federal Office states that the housing market is facing a turning point. However, the rise in property prices should continue at a slower pace for the time being due to the lack of supply, despite the rise in interest rates.