On Tuesday, 7 December 2021, the magazine Hochparterre, together with the Museum für Gestaltung Zurich, selected the best projects in the disciplines of architecture, design and landscape architecture and awarded ‘Das Kaninchen – Senn-Förderpreis für junge Architektur’.

The exhibition of the award-winning projects can be seen at the Museum für Gestaltung in Zurich until 10 January 2022. You can also read all the important information about the award winners in the December issue of Hochparterre, which you can also order directly from the publisher.

The award winners in the Architecture category 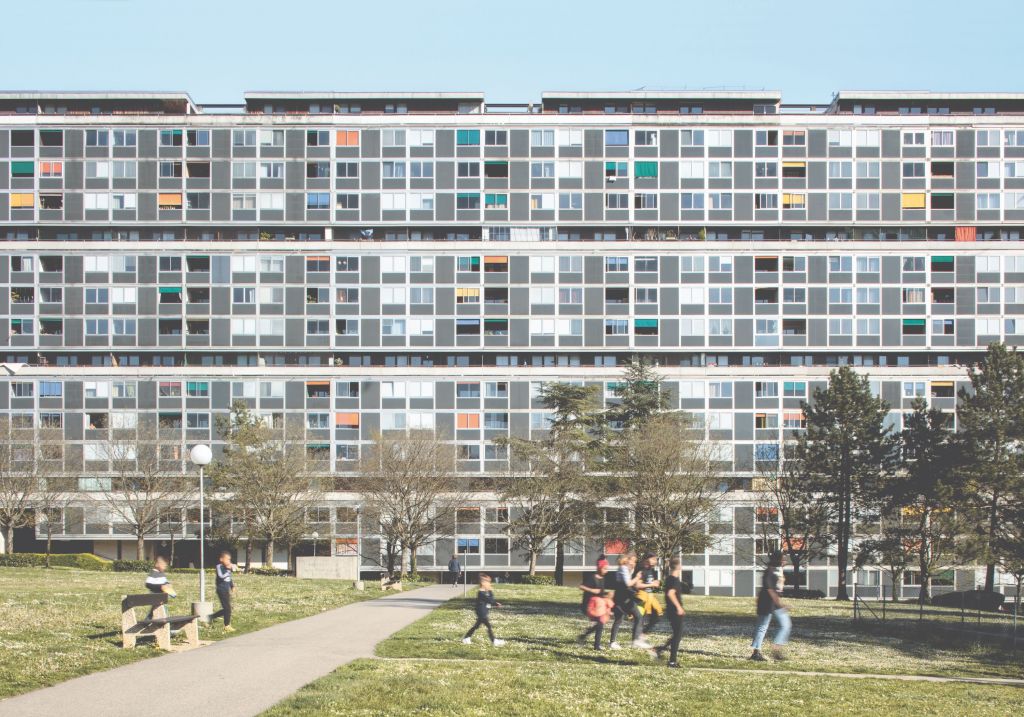 The renovation of Switzerland’s largest housing estate was a major feat that the architects accomplished with precision and unpretentiousness. The atlas with its countless detailed solutions is a remarkable planning achievement. The project stands for exemplary cooperation between research, authorities, owners, residents, monument preservation and planners. The thirteen-year planning and construction period required special perseverance. The preservation of the tenants is evidence of a socially acceptable strategy that is unique in a project of this size.

The intervention is ecological, because it preserves a lot of grey energy, but halves the energy demand in operation. All this is forward-looking, even on a smaller scale.

Silver is awarded for the renovation, conversion and expansion of the Kurtheater Baden (AG) 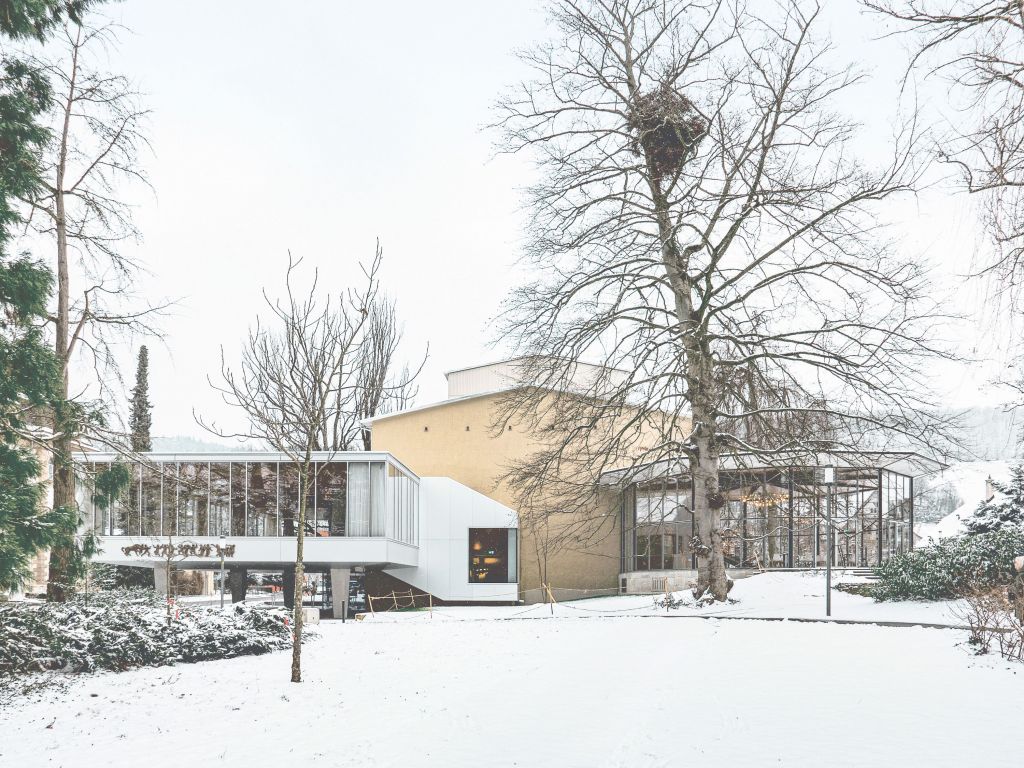 Martin and Elisabeth Boesch have confidently added new parts to the listed theatre; they have carefully renovated existing areas. The result seems natural and blurs the temporal boundaries. The project is a special achievement in terms of monument preservation and architectural art. It shows a great deal of sensitivity and patience. The planning and construction period took thirteen years. The setbacks and delays that the project suffered are not visible in the completed building. This, too, is remarkable in the new chapter of the theatre’s construction history.

And bronze is awarded for the conversion of the Alten Reithalle, Aarau (AG) 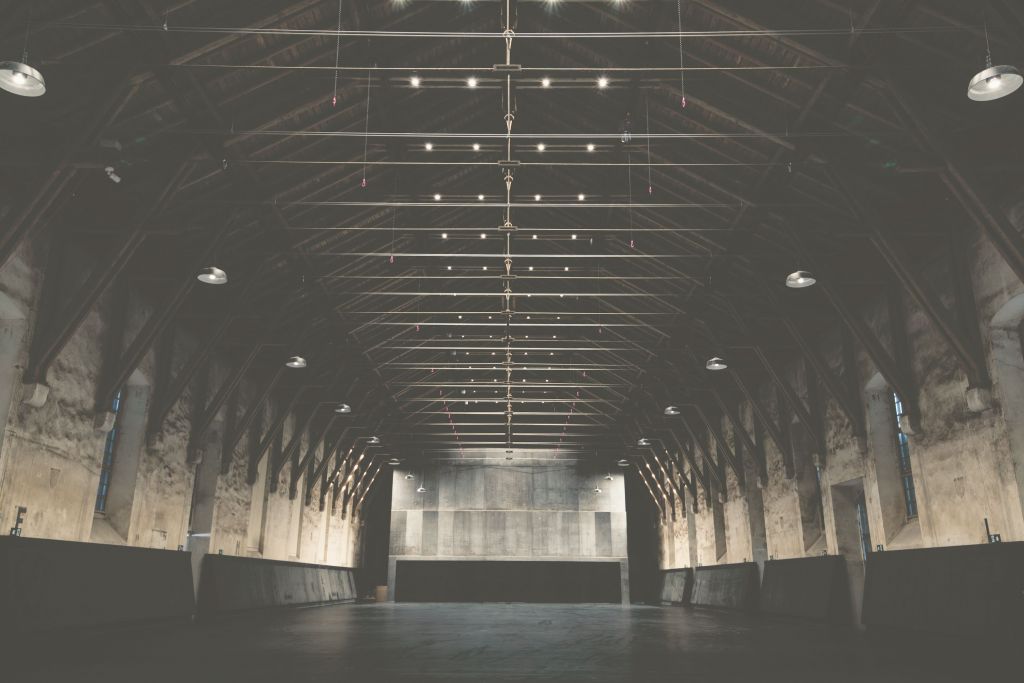 The architects radically preserved the Alte Reithalle and boldly converted it. The atmosphere of the building and the interim use defined the space programme. This is an important statement.

The one-room event is a remarkable experiment and an amazing gain for the place and its use. The architects have achieved a turnaround because they have allowed backstage directness to collide with monumental ideas with relish. And because they stuck to their idea for ten years. The unobstructed space offers culture new, almost limitless possibilities. In addition, the riding hall will become the nucleus of urban development on the barracks site. Thus the project acts as a catalyst on many levels.

The award winners in the Design category 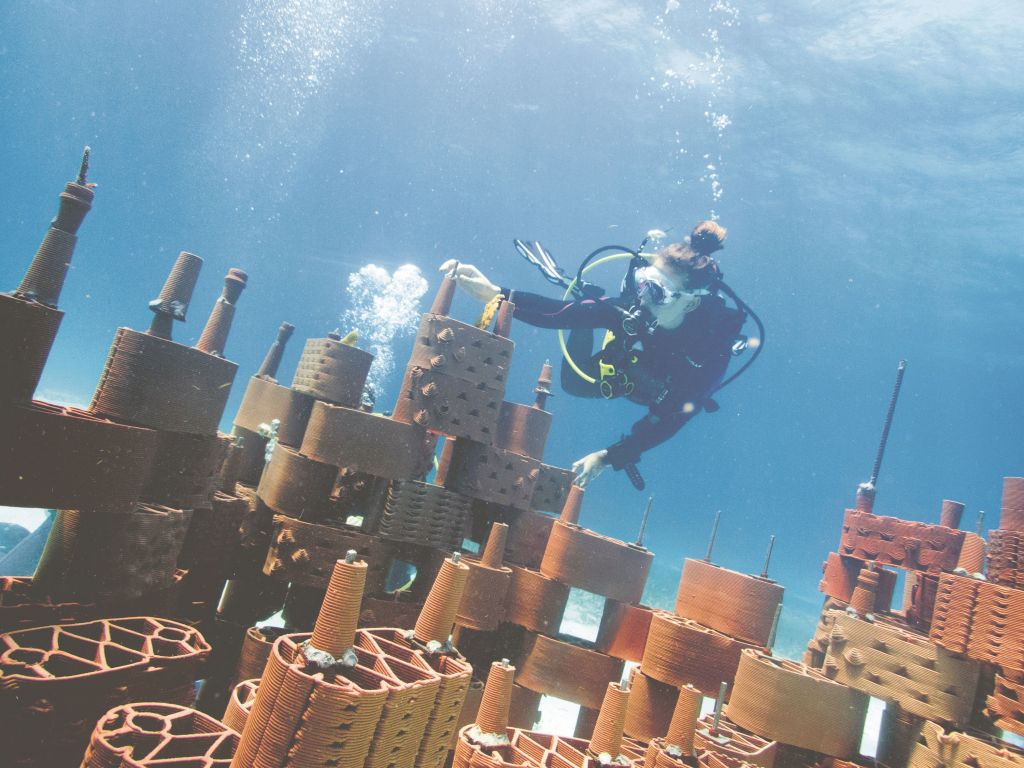 The jury praises the holistic approach of this project, which is in the field of Planet Centric Design. The jury also praises the implementation strength of the team, which managed to develop, test, finance and produce a modular reef using 3D printing. Rrreefs managed to involve partner organisations, ship 230 building blocks to Colombia and build a first reef there. Now the crucial step of the design process begins, which consistently includes nature: Marine life colonises the clay surfaces. The building blocks, designed according to technical-functional criteria, also convince with their aesthetic quality, which has the potential to make scientific results more accessible. 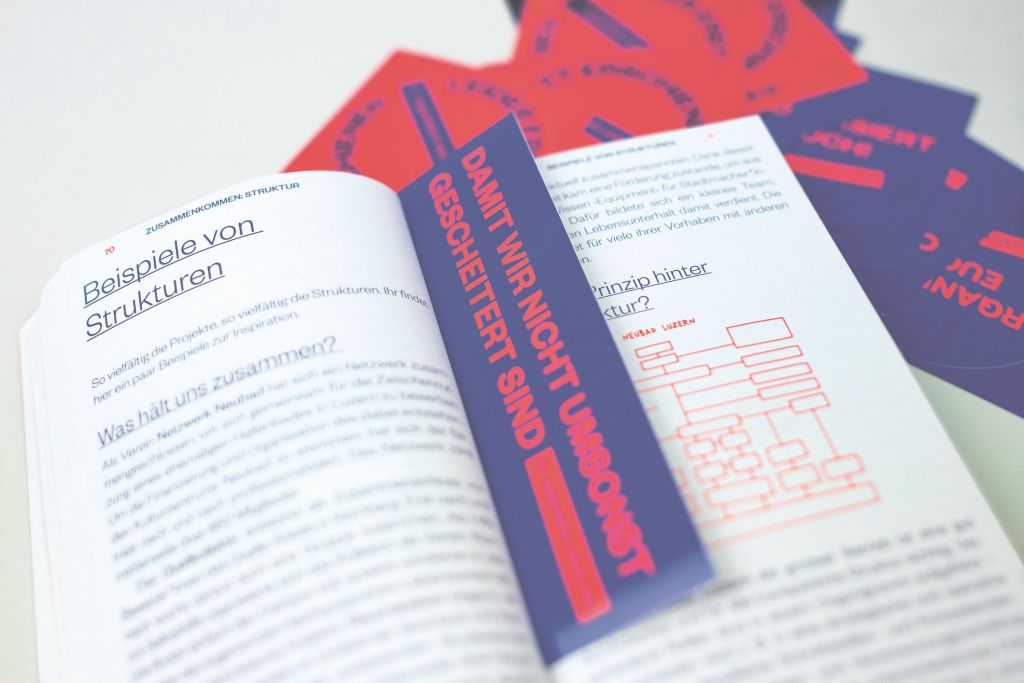 Those who want to actively shape their living environment need not only verve, but also knowledge about structures, communication or bookkeeping. For this reason, twenty collectives from German-speaking Europe have condensed their experiences into a guidebook in book form. ‘Organise yourselves!d’ is well designed, clear and accessible. Published under a Creative Commons licence, the handbook serves as a starting point for all those who want to change and shape their city through democratic, participatory bottom-up processes. By transferring accumulated knowledge, the book also functions as a multiplier. The connection to an online platform as well as to an open-source software leaves further development possibilities open.

And bronze is awarded for the carpet series ‹Domestic Surfaces› 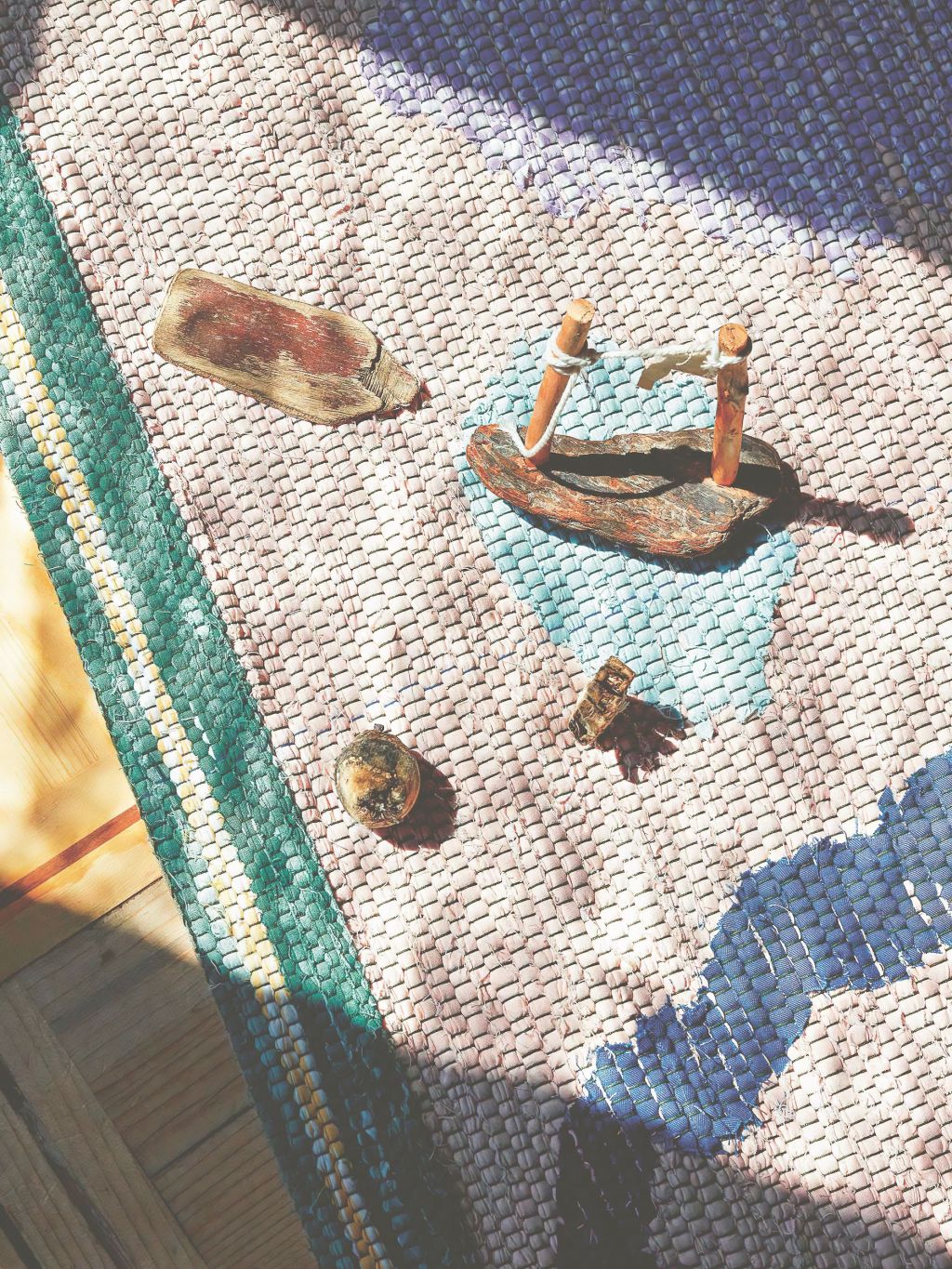 The designer collects old textiles and vegetable dyes, makes her own dyes and interprets an old recycling method in a contemporary way. The use of sustainable resources, the complete control of the manufacturing process, the slow production method and the openly displayed traces of old craftsmanship make the carpets into distinctive individual pieces that can be considered both art and utilitarian objects.

The award winners in the category Landscape Architecture

Gold is awarded for the ‹Innere Garten›, Zürich 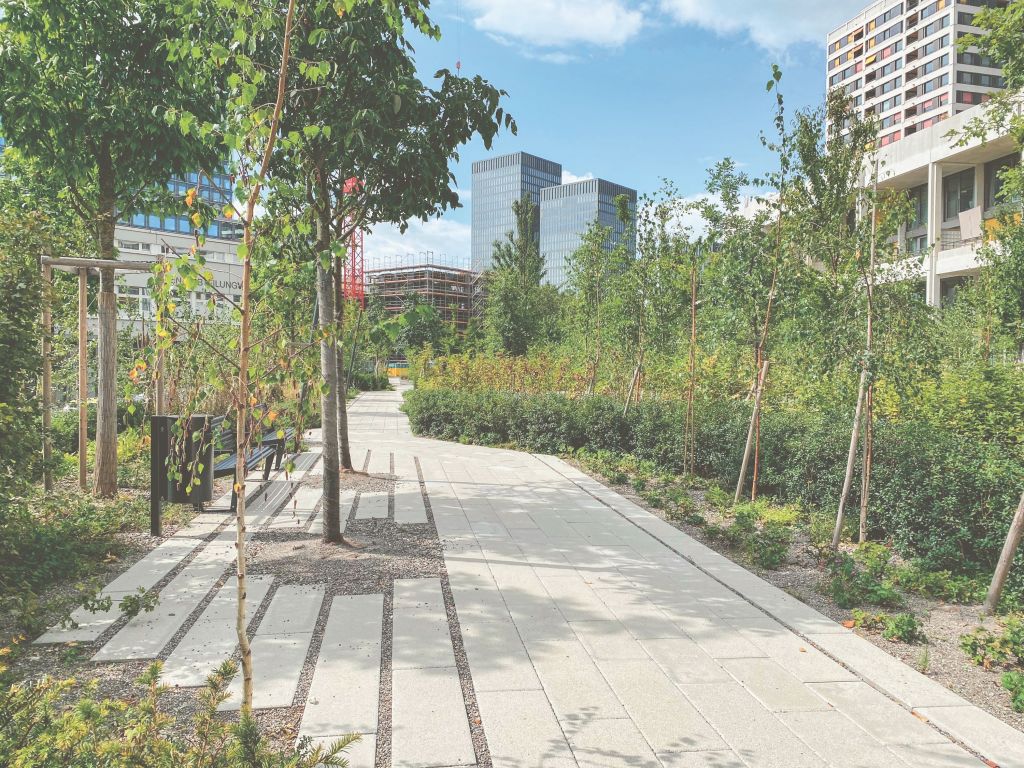 A prime example of how landscape architecture can be thought out beyond the plot boundary and how it can work. The basis of the intelligent instructions for greening and landscaping the sides of the commercial quarter facing away from the street is a sophisticated set of rules. It creates public space on private land and creates an intimate, pedestrian-oriented open space that pleasantly extends the neighbourhood’s own open space types of street and park. The landscape architects have translated a strategic and urban planning idea into spatially and atmospherically effective design guidelines that are both investor-friendly and legally feasible.

It is to be hoped that this set of rules will set a precedent, because there are still enough commercial and industrial districts in transformation. 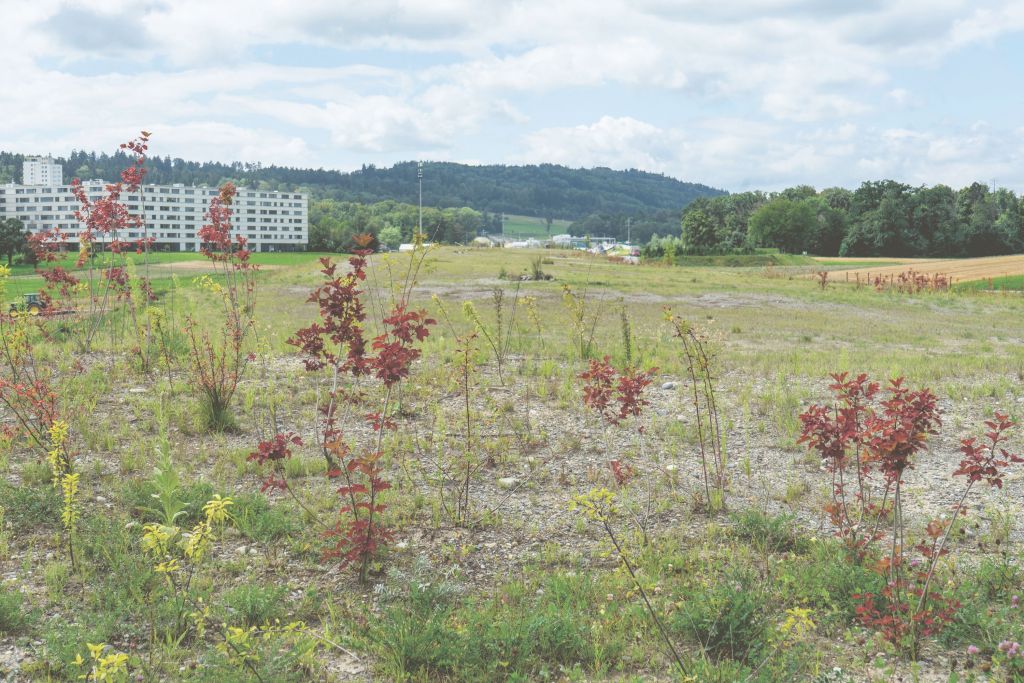 The design specifications for the Zurich northern bypass reveal the landscape potential of transport infrastructure facilities. The promotion of ecology and biodiversity has long been enshrined in law for such construction projects, but it is only the design advice of the engineers that turns it into a large-scale landscape architecture project in the cultural landscape. The result is a generous and self-confident as well as discreet and considerate design of the extensive traffic structure. The project is characterised by flowing lines and uniform, calm solutions in large-scale form and detail.

And there is bronze for the airport park ‹The Park›, Kloten (ZH) 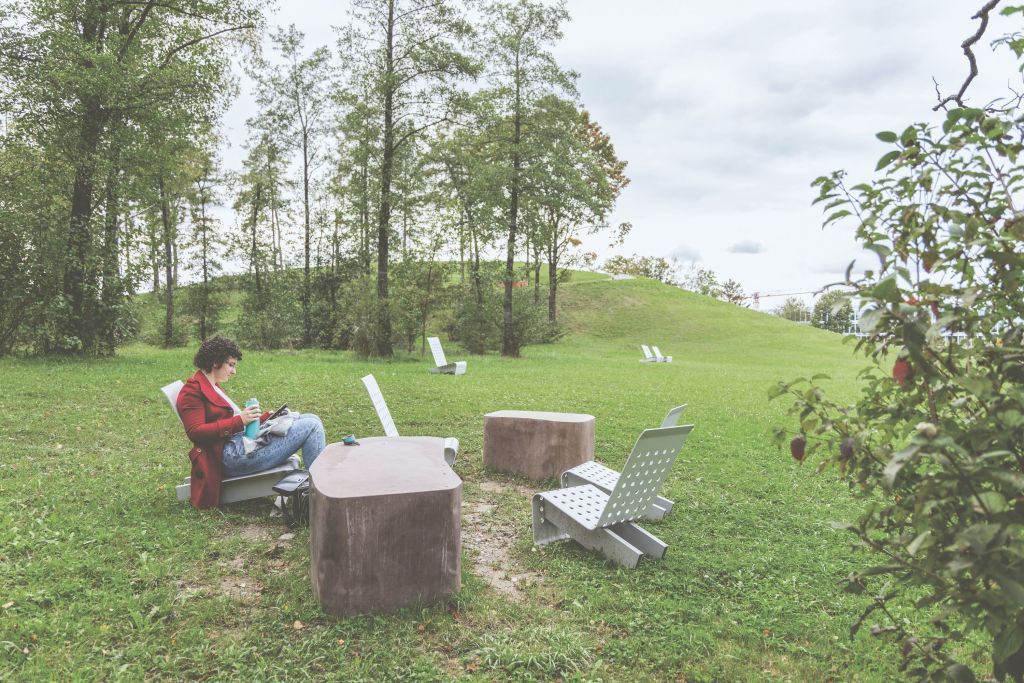 The project ‘The Park’ profitably unites nature, city, traffic and recreational space. The scenographic design builds on the existing nature conservation and forest areas and strikingly implements important themes of classic park design: clearing, water feature, vantage point or circular path. Thanks to its complexity and accessibility, the airport park has quickly become a centre of attraction for recreation seekers. Although the designers were only allowed to intervene in the forest with subtle thinning, surprising places have emerged: tree hall, hazel avenue, fire ring or yoga island. The airport park paints a new picture of urban nature and is a unique natural open space in the midst of an inhospitable traffic landscape. 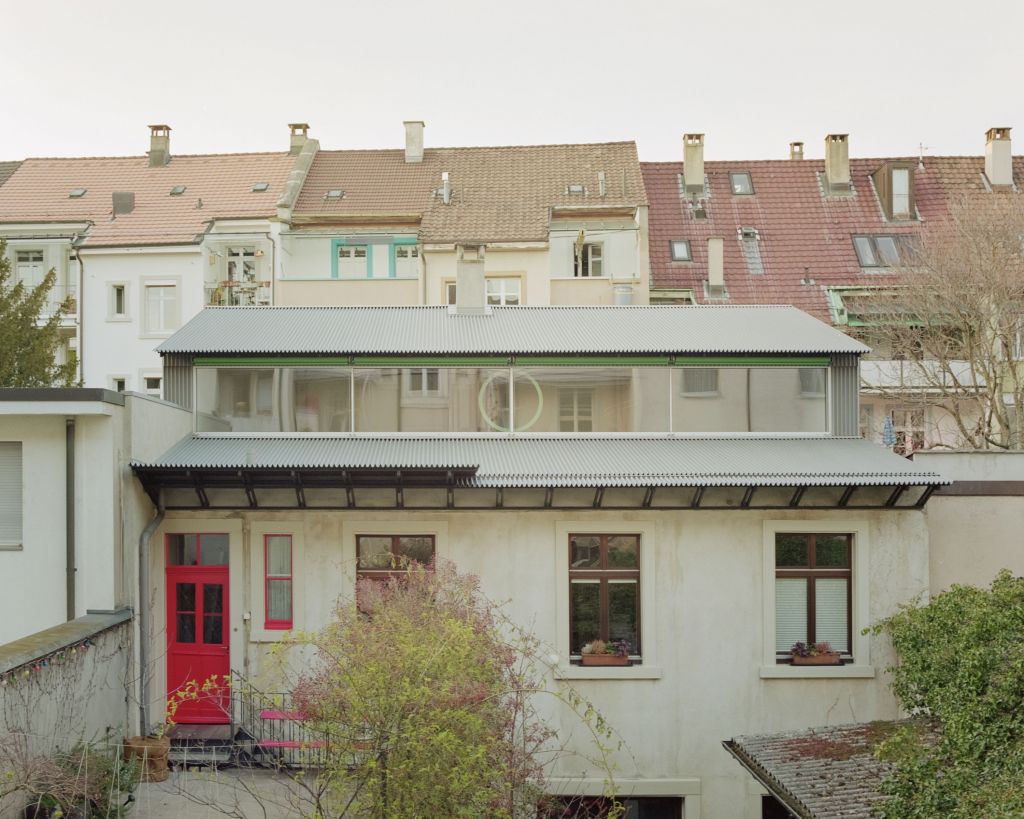 This roof conversion in the Matthäusquartier is structurally simple. The former rafter roof has been opened up to form a ribbon window. A hidden steel beam spans between the wing walls and rests on a picturesque, shimmering green ring. Above it, filigree woodwork supports a corrugated sheet metal landscape with an opposing canopy over which rainwater runs and drains in a single box gutter. The interior reinterprets the old construction. The stair railing, the lamp and even the washing trough are elaborate design pieces. This unyielding love of simple construction and poetic building detail is convincing and touching. 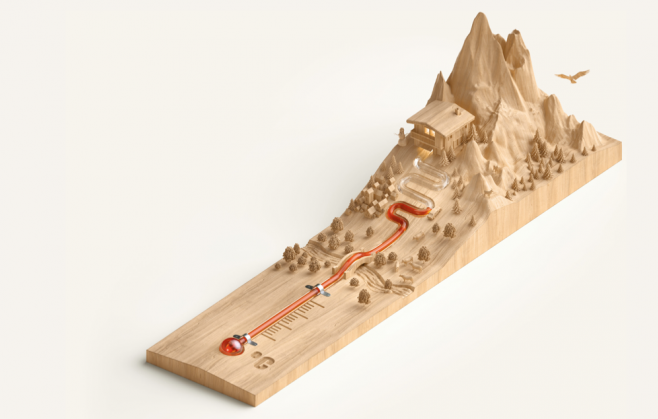 Sometimes small things can make a big difference. “Make Heat Simple” shows how you can drastically reduce the energy consumption of a second or holiday home in just a few steps – and save money after just a few years. Modern communication technology plays a central role in this. (Full text in German) 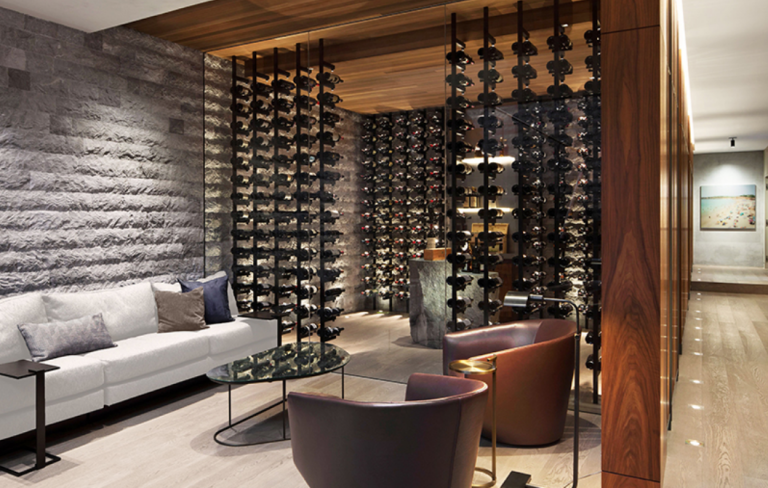 Everything about the storage and aging of wine.

The style of a wine and the importance of appropriate storage are only two of the important factors that play a role in the cellar and storage of good wine. Read more in Christie’s International Real Estate’s Luxuredefined online magazine. 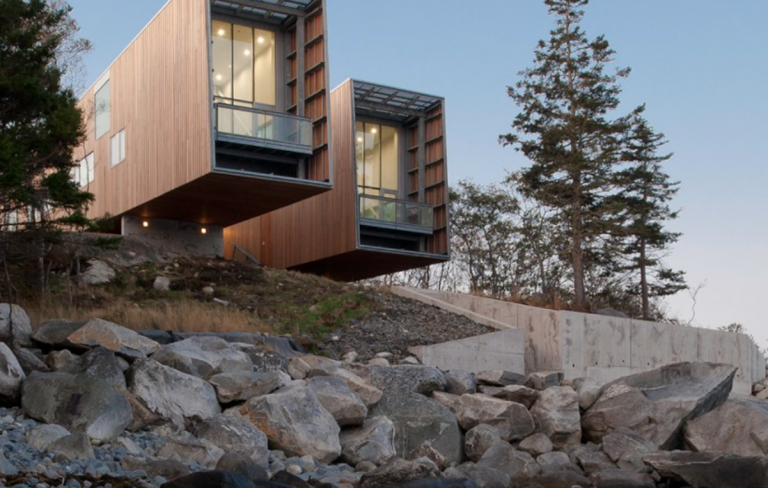