Property prices are rising – but for how much longer?

In its latest quarterly report, the real estate valuation company IAZI AG published the latest figures on the Swiss real estate market. Their conclusion: property prices are still rising, but an end to the boom is becoming more likely.

According to IAZI, the Swiss real estate market has so far been largely immune to rising interest rates. The “SWX IAZI Private Real Estate Price Index” shows further growth of 1.4 % in residential property prices after the end of the third quarter of 2022, despite a noticeable increase in financing costs. According to the nationwide evaluation of the most recent market transactions, the willingness to pay increased again in the last quarter, especially for single-family homes (2.0 %). However, prices for condominiums (0.7 %) are also on a moderate growth course. Over the last twelve months, there has been a cumulative price increase of 5.5 % in the owner-occupied housing market, which far exceeds the long-term average. 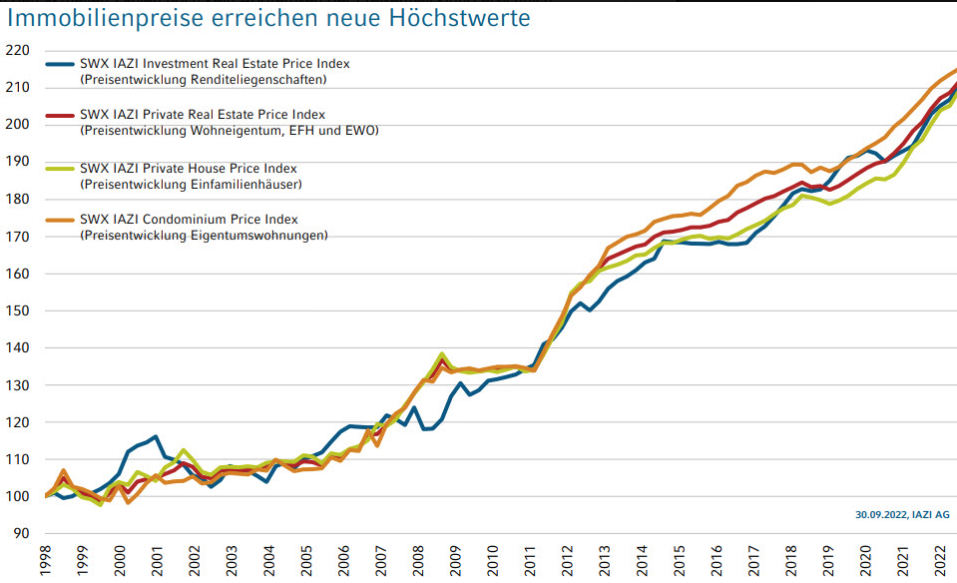 “The Swiss home market is still solid,” says Donato Scognamiglio, CEO of IAZI AG. “The renewed increase in value underlines the fact that mortgage conditions have hardly influenced demand so far”. Especially in times of increased currency devaluation and uncertainty on the markets, the desire to convert capital into tangible assets such as real estate is growing. Declining construction activity and supply shortages are also having a supporting effect. However, the Swiss residential property market reacts rather sluggishly to changes. The SWX IAZI price indices are based on prices actually paid. A few months can easily pass between the purchase decision and the signature at the notary’s office. A flattening of the growth curve in the next quarter is therefore conceivable.

Those wishing to purchase apartment buildings in Switzerland also had to expect higher values: Transaction prices for investment properties rose strongly by 1.9% in Q3 2022, as shown by the “SWX IAZI Investment Real Estate Price Index“. On an annual basis, the price trend reached the 6.0% mark.

Even if the current figures do not yet indicate a slowdown in the price trend, there are increasing signs that the years-long real estate boom is coming to a temporary end. The yield differences between real estate funds, real estate shares and direct investments and Swiss federal bonds have already fallen sharply. Every further interest rate step reduces the relative attractiveness of real estate. As long as the central banks do not bring the record high inflation under control, further increases in key interest rates are almost inevitable. In addition, it can be assumed that some institutional investors could rebalance their portfolios by the end of the year due to the losses on the stock market, i.e. sell more income properties. This would further increase the corrective pressure on the prices of real estate investments. 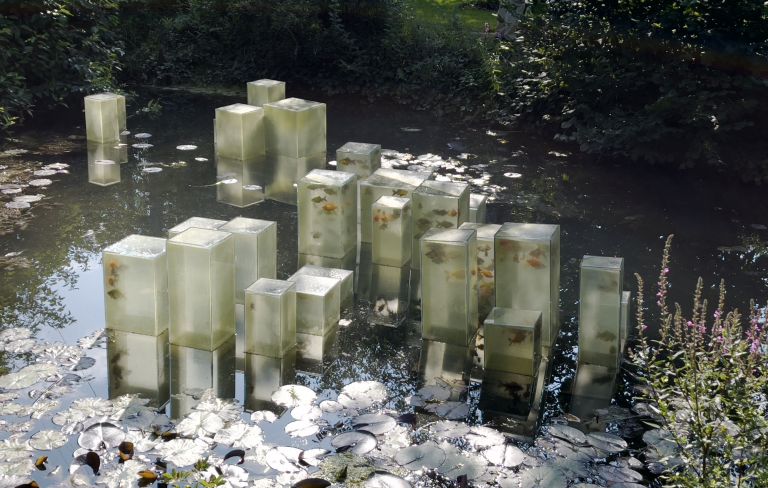 This year’s seventh edition of the Biennale Kulturort Weiertal, entitled “VORÜBER_GEHEND – Idylle und Künstlichkeit”, is particularly worth seeing, not least thanks to contributions by renowned artists like huber.huber, Not Vital or Roman Signer. In addition to the works of art, the garden surrounding them and the cosy bistro are also a delight. 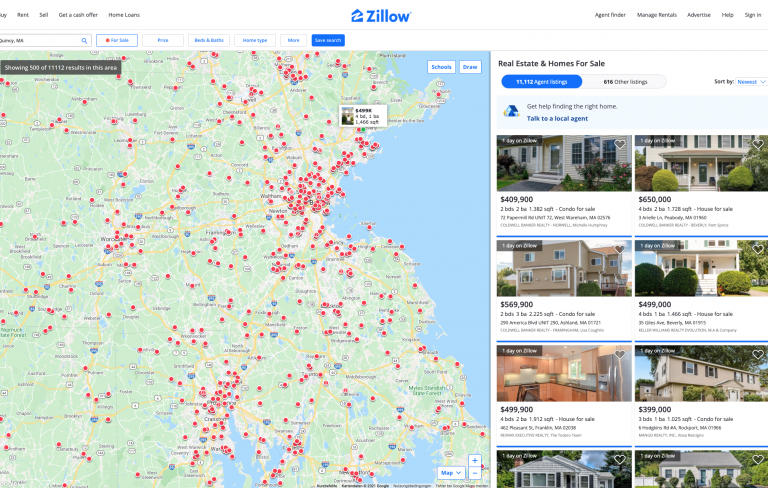 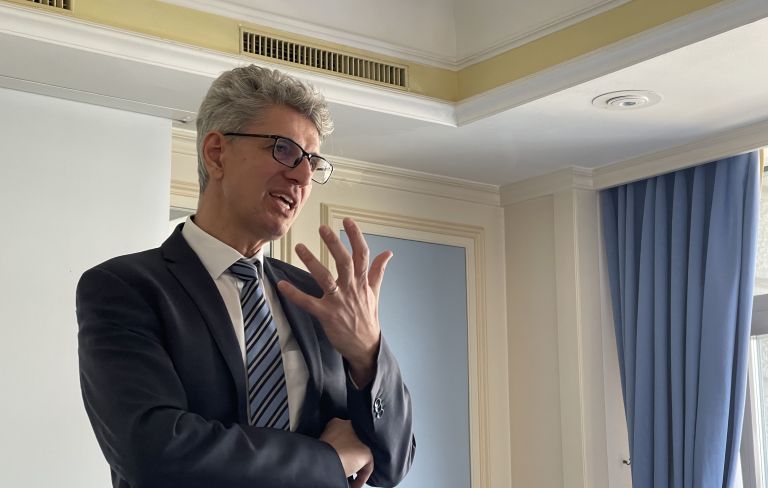 Real estate market stabilised, but with risks on the horizon.

The Swiss real estate market has fully recovered from Corona, but faces new challenges due to the consequences of the war in Ukraine. This is how Prof. Dr. Donato Scognamiglio, CEO of IAZI AG, sums up the latest developments on the market.